So we are far enough post XMAS to start looking forward to what's next in the console wars in the future. As always everyone seems tight lipped. Let's take a look at what is likely...

Given the XBOX ONE X was released in November 2017, it seems unlikely we'll see a new Microsoft console until November 2020. Given that it's already at 4k HDR it's hard to see how Microsoft will improve graphics. We are likely to see faster hardware but it's not clear what else they do. If they abandon the whole "we want to be your media center" direction then you could see abandonment of Blu-ray and a move to some sort of SD cards for games (ala Nintendo Switch), however the leap would be to not having physical media at (ala Stream). This of course would kill the resale market for games.

What may be most shocking is that the next console will have a relatively short life, prior consoles have lasted ~8 years, I think the next gen may be only 4 years. Why is that? It's clear from NVIDIAs GRID (Update 1/17: Now called GForce NOW) running games in the cloud is the way to go. This shifts everything to the lucrative subscription model and allows people without $450 + games to jump on the launch. If Microsoft wants to dominate this is the direction they need to go, they have the servers (Azure) and there would be serious barriers for Sony and Nintendo to enter the space. Of course at 4k this will be dependent on getting 25Mbps to the endpoint.

Where does Sony go with the PlayStation 5. Given recent cadences it's likely PS5 is November 2020 unless Sony throws more resources at the project. Given their move with Virtual Reality (VR), it's likely Sony will double down on VR. One new feature could be the ditching of the "wands", wouldn't it be nice to have gloves and see your fingers? We'll find out if that is a good move, personally I think Augmented Reality (AR) is a better direction but time will tell. Sony needs to step up the CPU to really get 4k where it needs to be so that's a given. It's also likely that Sony will hold onto Blu-Ray as they were first to market and will likely get trapped in the "well the consumers liked it 8yrs ago do let's keep doing it". Sometimes you need to break free of your successes to move the ball forward.

Real-time ray tracing is definitely on everyone's mind as the consoles wish to blur the line between virtual and reality. Downloadable games should be big with both next gen consoles. Expect external drives to be important as well as games require a lot of space for local storage and caching. There is a chance everyone will be offering at least partial support for 8k given the lifetime of these consoles.

Well we’ll call this one partially confirmed as a good prediction. Microsoft is revealing Microsoft XCloud

Microsoft XCloud article at “The Verge” 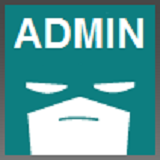 fu·tur·ist - NOUN a person who studies the future and makes predictions about it based on current trends.

This is the "Sidebar 2" container. You can place any widget you like in here. In the evo toolbar at the top of this page, select "Customize", then "Blog Widgets".